Tiny Tiny RSS is a simple syndication application. I’ve been using RSS syndication readers for a long time. I just don’t have time to scour the web to check if a website had added new content. I started with Google Reader a long time ago (as did many of us), but was also sad that it went away. So, then I moved to Newsblur. This suited me and helped me read my blog posts for another year or so. It also has (or had - I haven’t checked recently) an open source model. However, with the pricing it was offering, I didn’t need to host it myself as it was doing just a fine job, for the price that I paid. Then the price went up. For some reason, I felt that it was too much. I was probably hasty, but also ready for a change. 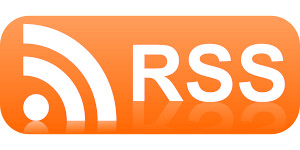 I switched my feeds to The Old Reader. This was an obvious attempt to recreate the experience with Google reader.

Recently, I installed TinyTinyRss on a raspberry pi. There was a package already, but it attempted to install Apache - but I was already running Nginx, so didn’t want this extra dependency - I therefore downloaded the source code, put it in a directory that was served via the webserver and everything worked instantly. I had already creaed a database and user/pass combination in mariadb, so the setup was simple. At this point, I imported an ~.ompl~ file that I already had. I then read about running the update script. I started a tmux terminal and issued the command ~/usr/bin/php /path/to/tt-rss/update.php –feeds –quiet~ and this runs automatically.

You can add feeds using the following dialogue: 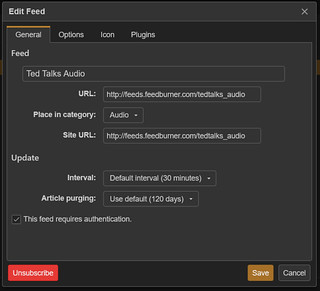 The output is really good to look at:

There is also an app for your phone to hook up to your server, so you can read your articles on the go.